Stacey B's Gia gets her major 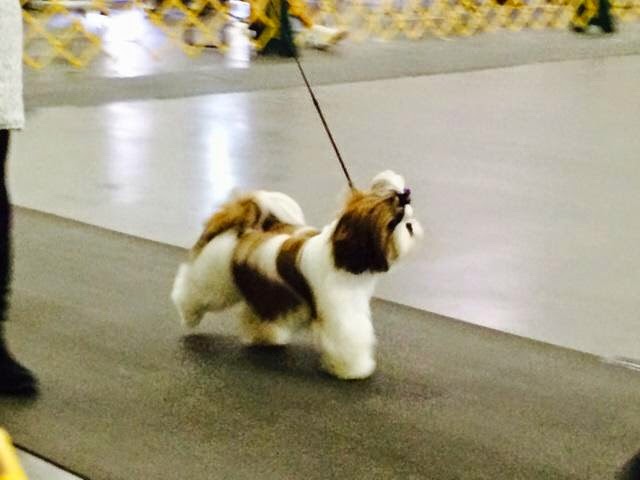 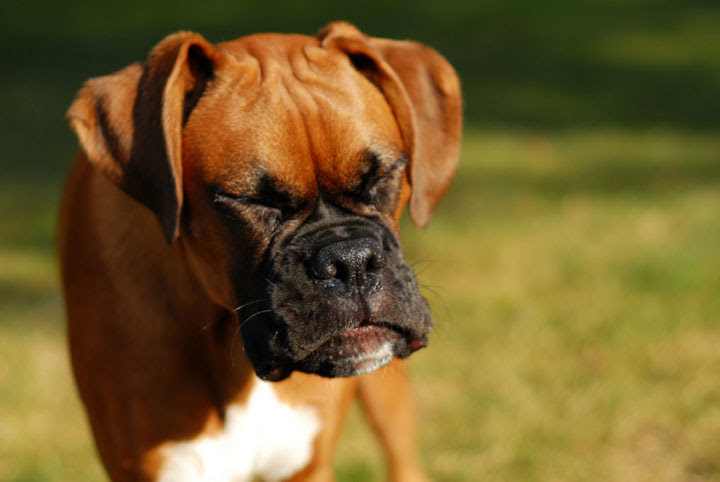 I’m willing to bet that …
When your dog’s daycare, training facility or kennel asks for a kennel cough vaccine, you vaccinate your dog … am I right?
And why wouldn’t you? You want to protect your dog (and other dogs) from illness and you trust your vet or daycare provider to have your dog’s best interests at heart, like any caring dog lover would.
But I’m here to tell you some things that will make you question whether the kennel cough vaccines your dog has been getting are actually in his best interests …
… or all just a lie.

What You Should Know About The Kennel Cough Vaccine

Bordetella, also known as kennel cough, is a vaccine that’s been required by groomers, boarding kennels, training facilities and veterinary hospitals for years. It’s become a routine requirement for any dog that spends time with other dogs (which is nearly all dogs).
The fact that a vaccine exists is surprising in itself. Kennel cough is almost always a self limiting disease that’s about as dangerous to your dog as the common cold is to you. So it’s not really much of a problem for your dog … but it can be a problem for any facility that has a case of kennel cough go through it.
Or at least they think it is. I’ll get to that part in a bit.
When kennel cough hits a daycare or boarding kennel and a lot of dogs are affected, they have to shut down for a few days so other dogs coming to the facility don’t catch it. When our children get colds, we keep them at home and give them some chicken soup – that’s just common sense. But if our dogs catch a cold, we’ve been led to think that they’re carrying a dangerous and highly contagious disease.
So we vaccinate our dogs so they don’t catch kennel cough.
But there are three pretty significant problems with this thinking:

Problem 1: the vaccine doesn’t work all that well

There are at least forty agents that cause bordetella …

But only a couple of these agents are contained in the vaccine.

This makes the bordetella vaccine a complete shot in the dark. In fact, the odds of the vaccine working are so long, that noted veterinary immunologist Dr Ronald Schultz concludes …

“Kennel Cough is not a vaccinatable disease.”

Hardly a ringing endorsement from the most qualified veterinary immunologist in the world. But despite this, vets still vaccinate a staggering number of dogs for this simple problem every day.
Maybe they do this because they figure that there’s a small chance the vaccine will indeed work – and the vaccine is just an intranasal spray, so it’s pretty safe, right?
Well, that leads us to the next problem …

Problem 2: the vaccine is not safe

Most vaccines these days are something called modified live vaccines. It’s been shown that the “modified” viruses in human vaccines embed themselves in the genes of the host and can shuffle around and reactivate thirty or more years after vaccination.
Here’s an example …
Chicken pox is another common and self limiting disease that we now regularly vaccinate children for. Because of mass vaccination, children and adults no longer receive the natural boost to their immune system they would normally receive from benign childhood diseases like chicken pox. So the result of mass vaccination for chicken pox is a much higher incidence of its evil cousin, shingles, which carries more serious complications than chicken pox.
So when your dog gets the injectable form of the kennel cough vaccine, this happens (and they also get some other stuff injected with the vaccine like MSG, aluminum, formaldehyde and foreign animal proteins). Although the intranasal vaccine has fewer of those dangerous ingredients than the injectable one, there are still dangers with it. According to Patricia Jordan DVM, bacterial vaccines like bordetella are also capable of  lurking in the genetic makeup, waiting to replicate and awaken as a disease that could be a hundred times as dangerous as kennel cough.
Vaccination of any sort also elevates histamine, which we all know can promote cancer and chronic inflammation.
But aside from the dangers of the vaccine, here’s another interesting fact …

Problem 3: somebody did some bad math

Here’s a little known fact: vaccinated dogs shed the disease they were vaccinated against into the environment.
Dogs that are vaccinated for kennel cough will shed that disease for up to 7 weeks and parainfluenza for a week (I should probably mention that a lot of the bordetella vaccines also include influenza).
Think about that for a minute …
If the point of bordetella vaccination is to reduce the risk of dogs getting kennel cough, then isn’t it backwards thinking to have your dog walking around, spreading bordetella to all the other dogs he comes in contact with?
Let’s look at two different scenarios. 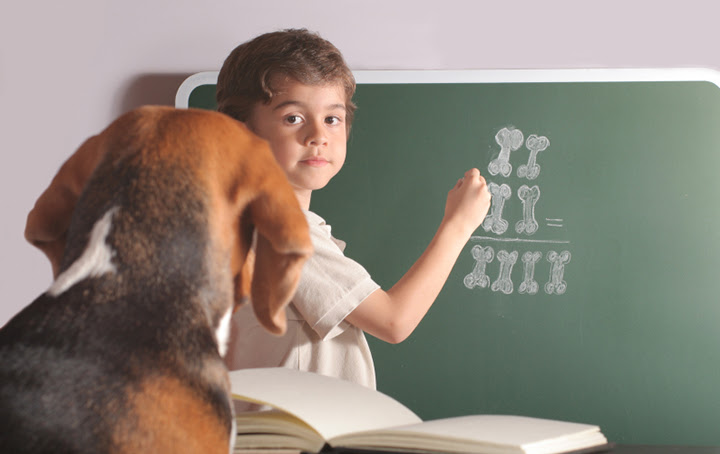 Scenario 1: Let’s say a daycare has 50 dogs attending daily. They don’t require the kennel cough vaccine but one day a dog walks in with kennel cough. So they’ve got one dog walking around, spreading kennel cough to other dogs. But that one dog is pretty easy to identify – he’s sneezing, he’s hacking and the smart daycare provider will kindly isolate him for the day and ask his owners to keep him home for a few more days.
How many other dogs in the daycare would catch his kennel cough? Probably a few.
So it makes sense to vaccinate so this doesn’t happen, right?
Well, not exactly. Here’s how that scenario would play out.
Scenario 2: The same daycare has 50 dogs attending daily but the difference is they require their dogs to have the kennel cough vaccine. If this vaccine is given yearly (and it’s often given twice a year), that means that 50 times a year – virtually every week – there will be a vaccinated dog in daycare shedding kennel cough … for 7 weeks at a stretch.
So instead of the occasional dog coming in and spreading kennel cough, you’ve now got dogs walking around every single day, shedding kennel cough AND influenza.
And here’s the worst part … now the daycare providers can’t identify the dog who might be spreading kennel cough. The vaccinated dogs spreading kennel cough (and don’t forget influenza) won’t show any symptoms of kennel cough so they’re free to interact with all the dogs in daycare and spread bordetella all over the joint.
And now we’ve got a real hot mess on our hands because the vaccine has a really crappy track record when it comes to actually protecting dogs.
Does kennel cough vaccination still sound like a good idea to you?
If so, then maybe a recap is in order …
We’re led to believe kennel cough is a dangerous disease, but in the vast majority of cases, it’s just a common cold.
We know the vaccines aren’t really effective and the world’s leading vaccine researcher says thatkennel cough isn’t even a vaccinatable disease.
We ignore this and vaccinate for it anyway for some reason … and what we do know with 100% certainty is that vaccines contain dangerous ingredients and can also cause a serious anaphylactoid reaction. Look up anaphylactoid … I guarantee you won’t like it.
And here’s some irony for you that I didn’t mention …
The kennel cough vaccine can cause, well, kennel cough!
According to WSAVA, “Transient (3–10 days) coughing, sneezing, or nasal discharge may occur in a small percentage of vaccinates.”
True, that only happens in a small number of vaccinated dogs. But we already know that only a small number of dogs respond to the vaccine anyway, so what’s the point?
And finally, here’s the really crazy part. Dogs that are vaccinated for kennel cough shed the virus, meaning they will infect other dogs for weeks after vaccination.
Isn’t that why everybody tells us our dogs need the vaccine inn the first place? So they don’t spread kennel cough around?
So the next time your vet, daycare, boarding or training facility demands that your dog is vaccinated for kennel cough before taking your dog there, are you going to do it?
I didn’t think so … you’re too smart and kind to animals to take part in that kind of insanity.
So here are your options.

First, tell the facility that instead of vaccination, you’ll sign a waiver stating that you’re 100% responsible if your dog happens to catch kennel cough while at their facility.
If they don’t allow this, then you could say something smart like “well, if the vaccine actually works and all the other dogs are vaccinated, then why would my unvaccinated dog be a problem for you?”
But you’re probably too nice to say that.
So your next option is my personal favorite …
Support the fine people who don’t make you do something that could harm your dog. There are lots of great facilities who don’t require the kennel cough vaccine. Do your legwork and find them – and most of all reward them for taking extra special care with your dog by giving them your business!
If you can’t find anybody in your area who understands that kennel cough vaccination is a bad idea, then look for a dog trainer, groomer, sitter or walking to come to your home instead.
And be sure to share this information with your doggie friends …
When more dog owners demand better from the people we’re hiring to care for our dogs, then we’ll force them to change their dangerous and ultimately stupid policies on kennel cough.
Don’t make excuses for this one … make the decision to put your dog’s health first right now …
… and not after your dog suffers an adverse reaction from the kennel cough vaccine. And now for my cheesy ending:
Kennel cough vaccination is nothing to sneeze at.

Dana Scott is Editor In Chief for Dogs Naturally Magazine. She also breeds Labrador Retrievers under the Fallriver prefix and has been a raw feeding, natural rearing breeder since the 90's. She is an advocate for natural health care for dogs and people and works tirelessly to educate pet owners so they can influence veterinary medicine and change current vaccine, food and preventive health practices. Google+

View all posts by Dana Scott →